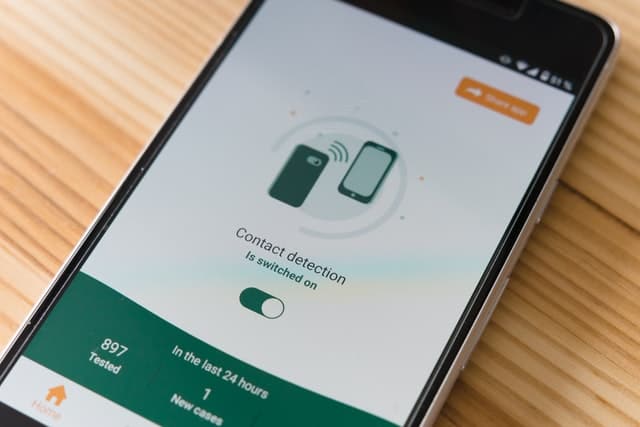 Since the popularity of hybrid apps and web apps, native app have developed a reputation for being costly to develop and not being unique to stand out from the rest of the apps. But what native lacks in being easy to develop for developers, a native app will make up for than its fair share of criticism by being simply better at every metric of being a mobile application be it user experience or security.

What is Native App Development?

When talking Hybrid vs Native app performance, native apps can fully leverage each and every hardware of the smartphone, this is not the case with hybrid apps, while hybrid app development platforms cut down time coding and development but they come with their disadvantages. Sometimes hybrid apps cannot get access to all the API’s with an operating system, this comes off a program which is trying to be a native without much luck. When compared with Native app, web Apps on the hand is just HTML trying to pass itself as an native app, the speed of web apps is directly dependent on the existing web speed and are usually useless without the functionality of the internet, as a standalone app, web apps cannot be even considered as a viable option.

Native app have the backing of the apps stores of Android and iOS, they are given preference over hybrid by default by the stores themselves due to better performance and better security. The hybrid apps have rigorous quality and security standards to pass even before they have to consider just listing them on the native app stores. iOS usually takes around 7 days for hybrid apps approval for listing while it’s 2 days for native app, the story is similar for Android as well. This also trickles down in the case of updates as well, when updating an existing app, it is easier when it is a native app instead of a hybrid app. The updates again have to go through some guidelines and compliances to update the app from the apps store. There is an advantage for web apps as they do not charge service charges for online transactions unlike apps store which do take a commission for online transactions.

When it comes to security, native apps have a definite advantage as all security protocols of the native platforms get added into the application which is not the case with hybrid apps. As explained before, since native app have more leverage with operating systems, the layers of security get added to each other. In the case of hybrid apps, developers need to constantly change their application with respect to the various security patches of the operating as their application cannot benefit from it directly. In the case of the web apps, since they operate on HTML, CSS and javascript the security is only good as the internet connection of the service provider.

native app and their developers have access to practically unlimited API’swhich are provided by the native app platform developers, this API’s are a perfect fit for their respective platforms. Even if there is not an API for a specific function. API’s can be created with the native app developer tools such as Android Studio or Xcode. In this case, hybrid apps developers need to rely on the code conversion abilities of the hybrid development platform which is often lacking. When it comes to web application, its limits are defined by the version of the browser in the native platform and internet connectivity speeds of the network provider.

Smartphones have a lot of hardware parts, native app can fully leverage these hardware parts while hybrid apps cannot come anywhere close when compared with native app. Hybrid apps will always have to compromise as either the development will become complex even without a guarantee for a 100% integration. Web applications integrating with the hardware components are a nightmare to developers, to say the least, thus their waning impact on the mobile apps scene.

native app have edge when it comes to the user experience, native app developers can leverage the existing API’s to their maximum advantage. The look and feel can be simulated with many hybrid apps but can be never duplicated beyond the recognition by the user. Hybrid can come quite close but even for coming close hybrid developers needs to create multiple API’s to come close even though hybrid development platform like flutter comes with pre-coded UI elements from Apple and Android, they do not merge seamlessly with the overall environment. As far as web apps are concerned, they are limited by their technologies to begin with, making them a non-competitor in this round of the contest.

Let asks ourselves some questions to get the answers

As far as the performance part is concerned, when choosing between the app development platforms, the focus has to be the end user’s experience. Granted native app take way too long to develop, are way more costly than both hybrid and web apps. Hybrid apps theoretically do put on additional load on the smartphone, but when taking into consideration the hardware specification of the average smartphone on the market, the load is negligible in most cases. Debugging and updating the native app is also easy when compared with hybrid apps, and the security of the application is on a different level altogether, the hybrid doesn’t even come close to native app in this regard. native app trump both its competition hands-on, users will always remember the ease of use and the memorable graphical elements. This will reduce the uninstalls and increase the retention rates of the application.

To answer the rest of the questions, native app are known for being too expensive to develop, and also takes a longer time to develop as well. If we are talking device’s hardware access capabilities, native app are better even though hybrid apps can come close, this would eventually beat the purpose of using hybrid app development as the workload of developers will increase and time required to develop the app will also consecutively rise as well. With Hybrid apps, companies can do that but at what cost?  In every end-user impacting metric hybrid apps will always come second. native app may not be part of the code anywhere and run everywhere eco system, the development of apps in their native platforms is solid and future proof investment in the simplest of words.

Guide for Taxi App Development: Everything You need to know

How to Hire Android App Developers in 2021

What is Flutter App? Why should it be your next choice?