Artificial Intelligence is the future that most of us have been looking forward to. It promises to transform the way things are done and make our lives easy and convenient. AI has been around in some form or the other for many years now and as technology progresses so will the efficacy of the concept.

The presence of Artificial Intelligence can be found across the board in almost every sphere of activity. Well-known brands like Nevpro business solutions are not only into developing AI chatbots to deploy on messaging applications but can also help integrate them together with enterprise applications. From predictive analysis to extrapolating Covid hotspots, finding the farthest star to estimating the rise in population, Artificial Intelligence has been all-pervading. However, despite its strong presence, there have been plenty of myths attached to this wonderful subject. Many of them might have also been the reason behind your business being stuck in the rut. Let us look at some of the myths that have been in the air.

On the contrary, the pandemic was an ideal illustration of the full usage of Artificial Intelligence and its capabilities. It also saw one of the greatest investments compared to the past. AI has also been at the forefront of the war against the rampaging virus. It helped healthcare specialists to forecast newer hotspots and therefore assisted in helping them maximize their response outcomes. It has also been of immense help to businesses to expedite their recovery from the worldwide economic disaster that appeared thereafter, due to severe lockdowns.

The myth surrounding AI about the loss of jobs has been around for a long time. On the contrary, AI has been able to create newer positions and skill sets. The rise of business intelligence software development is among the most prominent ones. Most of the rudimentary jobs that required not much of an effort and were repetitive have been automated, mostly thanks to AI. Organizations are now being able to move to more challenging and sophisticated and rise the value chain. The IT Security domain is also one of the beneficiaries of AI. The system can now predict the nature of attacks as well as identify plausible intentions of phishing emails. One of the advantages of Artificial Intelligence is that it can work round the clock and at a much higher efficiency. But that wouldn’t mean it is leading to job losses. More and more individuals are traveling to higher skills and methodologies dealing with greater problems and looking for their solutions.

This is the farthest from the truth. An AI is nothing but an amalgamation of programs. The program that runs the AI is done by a human. Hence, the AI is as smart as the program. It is people who make up the algorithm and it is they who train others in it. One of the oft-repeated excuses made by those opposing the advent of technology is that soon humans would become jobless since most of the work would be done by AI-powered devices. While it is true a lot of devices are being powered by AI, the possibility of AI taking away employment from humans does not hold any truth primarily because it is simply a set of instructions with no conscience and sentiments. 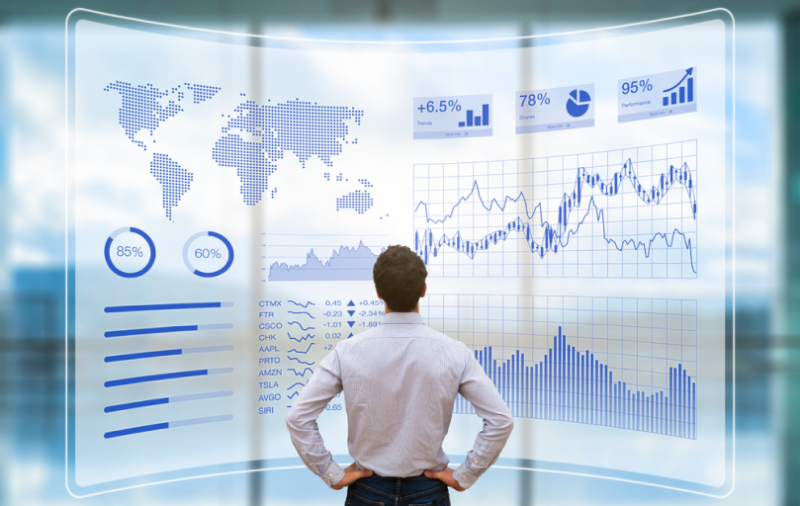 This is in direct contradiction to the above point. A school of thought believes that AI is nothing but an exaggerated form of Event Management. The algorithm has been taught to understand the sequence and that’s how it follows. While this is true for many of the systems that are AI-powered, the subject is evolving. IT Security software is mostly AI-powered and the algorithm is made to learn the different patterns in which a wave of disruption may appear. This is an exercise and it will take time before AI can perfect the art of predicting with absolute precision.

What is a waste of time would be winding up the business since the future belongs to AI? Most IT companies are into business intelligence software development with varying degrees of success. Exploiting the advantages that AI provides in completing tasks, both mundane and sophisticated, is the priority of every organization. AI is disruptive by nature and most of the managerial work of today will become redundant shortly. It is a must for companies to implement their AI strategies keeping in mind the fast-changing nature of technology. If they miss the bus, then it won’t be long before they end up winding their business or selling it to the ones who successfully implemented their AI strategies.

They are not and that is final. ML is a subset of AI since it requires a structured strategy. AI is the overall umbrella that powers new-fangled concepts like ML, NLP et al. Calling them out interchangeably will not be correct since they serve different purposes.

One of the premises of business intelligence software development is predicting numbers and creating a mechanism whereby the system can understand the kind and pattern of data being thrown at it. However, it is also true that no system currently available is completely devoid of bias, AI included. That is because it works with data, which inherently will tilt towards one extreme. Biasness also appears since the datasets are being provided and checked by humans. That is the reason why it may be impossible to completely remove biases from the entire system and transform AI into a purely objective system. The work to make it one is on and the final aim is to reduce the percentage of biasness rather than remove them altogether.

AI is what the future will look like. From the field of medicines to natural disasters, IT Security to wargaming, it will be used with maximum effect. To remain a part of this revolution, companies will have to start investing in it, if they are yet to.

If you found this article helpful. Let us know your favorite part of this blog in the comments down below.

Use AI to Increase Employee Satisfaction

How AI is Boosting CRM